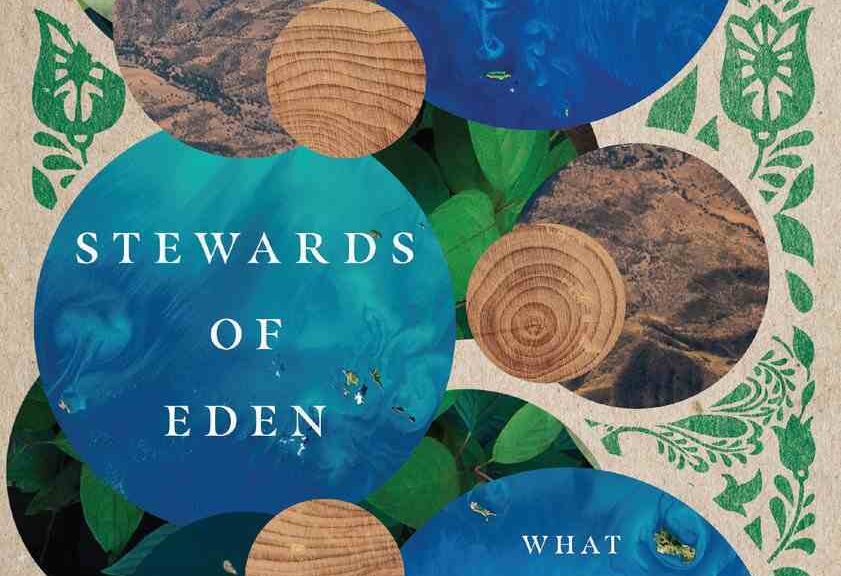 As a transplant from the U.S.A. to Australia, I have spent the past three years trying to acclimate to my new home. In the process, I’ve felt increasingly convicted about my distance from the creation. Facing so many new plants, animals, and habitats that were unknown to me, I realized how little I had known of my previous home. Along with doing my best to know and name the world around me, I’ve also eagerly sought guides to understanding what Scripture says about the world, and how creation fits into the story of God’s work in the world through Jesus. One such guide is Sandra Richter, an Old Testament scholar who has brought her academic passion to the laity through her new book Stewards of Eden.

One of the most helpful aspects of Stewards of Eden is Richter’s focus on Old Testament laws, an approach that offers Christians concrete examples of God’s concern for his creation, and the way he desires his people to steward it. One such law is God’s prohibition on taking both mother and young or eggs from the nest (Deuteronomy 22:6-7). In addition to offering a helpful explanation of the law, Richter compares it to the practice of the Neo-Assyrians, neighbors to Israel and the first world empire. Through a Neo-Assyrian wall relief that depicts the spoils of a lion hunt, Richter notices one of the items brought back to the king is a nest — with both mother and eggs. In contrast to the practice of their neighbors, Richter shows that Israel was commanded to consider not only their own welfare in the land of Canaan, but also the welfare of the wild creations. She argues, “Deuteronomy states that if Israel killed off the wild creatures without a thought to the creatures’ ability to replenish their populations, it would not ‘be well’ with Israel in the land.”

Richter also illuminates the connection of Israelite law to stewardship through her exploration of the real cost of sacrifice for an Israelite family. From our Western places of affluence, where meat fills the grocery store shelves, we struggle to grasp the impact of regular sacrifice. Richter helps us: she estimates that given archeological evidence of population size and harvest predictions, on average a typical Israelite family would face a shortfall of sixty days per year. In this context, the sacrifice of an animal — as well as the gleaning laws restricting how much someone could harvest, in order to leave some for the poor to take — was a cost that Israelites felt with their empty stomachs.

Richter’s illustration of this cost is so helpful in translating these laws into our present context. As someone raised to be frugal, I have found my desires to buy ethically at cross purposes with my desire to spend money frugally. I naturally operate from the assumption that my own needs must be met — and met abundantly — first before I can think about caring for the world. Yet if it is true that God’s mandates concerning the creation required the Israelites to literally count the cost of obedience, might it also be true that my obedience would be costly as well — that living in a way concerned with my relationship with God and with his world might mean my purse is not as full as I would like? In one sense the answer to this question seems glaringly self-evident, and yet the way I live, and the way most in our culture live, suggests otherwise.

Overall, Richter’s treatment of the Old Testament laws illuminates God’s expectations of his people in helpful and compelling ways. Through her addition of case studies, she does not let the reader evade the weight and horrific consequences of failing to care for creation. These stories added to the sense of responsibility that I have felt increasingly in the past few years. Yet in a world enlarged by globalization and social media, this sense of responsibility too easily shrinks at the realization of how big the world is compared to how small and insignificant I am. How on earth can I expect to change things, particularly when the fight is not simply against ignorance and bad practices, but against principalities and powers, who sow greed and selfishness in order to reap destruction and oppression? To this, Richter speaks directly, reminding us that “[e]ven though our efforts, like the cosmos, seem to be subjected to frustration…they have been subjected in hope.” She describes God’s people as “[a] light in the darkness, leaven in the lump.”

We are not responsible for saving the world. We have a savior for that — our glorious Lord Jesus Christ, who in the calmed storms and the multiplied loaves and fishes has given us a taste of a world free from subjection to the curse. Our acts of faithfulness in creation stewardship, however small, are made effective because of his faithfulness, and his victory.